What is Far Infrared Heat?

Far infrared technology is new, exciting, and the next big thing when it comes to heating your home. It has been designed to be suitable for use in both a commercial and domestic setting, reaching temperatures of up to 100 degrees Celsius. In fact, the technology is quite widely used, and can be found in places such as care homes, saunas, and places of residence.

The technology uses lower temperatures than near infrared, meaning that it does not cause damage to the eyes or skin when exposed for long periods. They tend to use carbon or nickel based elements and no visible light is produced either (zero glare). This is the reason that damage to the eyes is avoided.

Due to the fact that it is used for what is known as comfort heating (keeping your home or office warm), they tend to last longer than other forms of infrared. As a result, they are not switched off as often and can be left on without concerns about them overheating. The body also emits far infrared waves, so this form is readily absorbed by the body as the energy is not as intense as that found in other forms of infrared.

The way in which far infrared heating works is actually very similar to the sun. You see, the rays emitted from the sun do not heat the air around us. Instead, they hit solid objects which retain the heat before releasing it back into the air. This is why it suddenly feels warmer when you step from the shade and back into the sunlight. 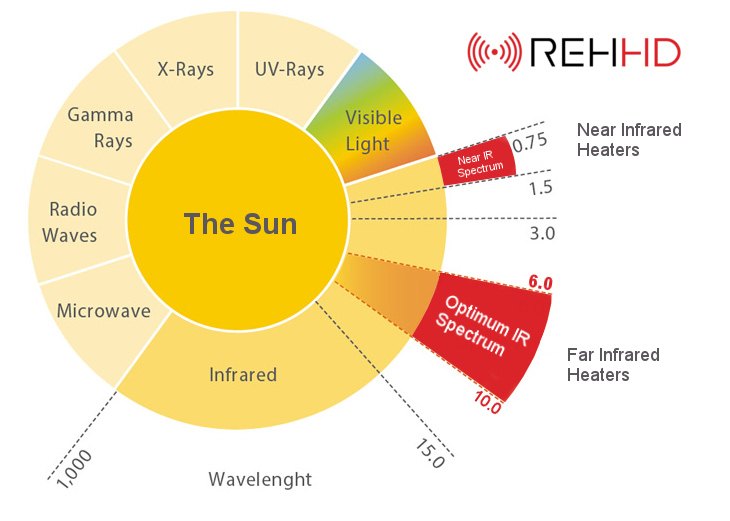 REHHD Optimum IR Spectrum For Near and Far IR Heating

Far infrared heating works to replicate this heating process, creating an environment that is not only warm, but is also incredibly cost effective. On top of that, it is also incredibly environmentally friendly. Conventional heating tends to distribute heat unevenly in each room using convection heating (heating the air directly which then circulates the room), leaving the ceiling and floor at different temperatures due to the rising hot air.

What far infrared heating does differently is ensure that there is even heat distribution, leaving the floor, ceiling and the objects in the room at the same temperature and with no risk of mould growth in your home, unlike the sporadic temperatures that conventional heating creates. 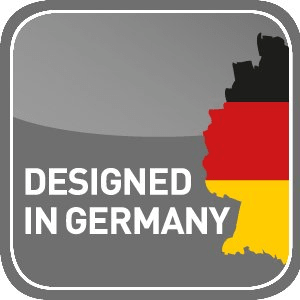